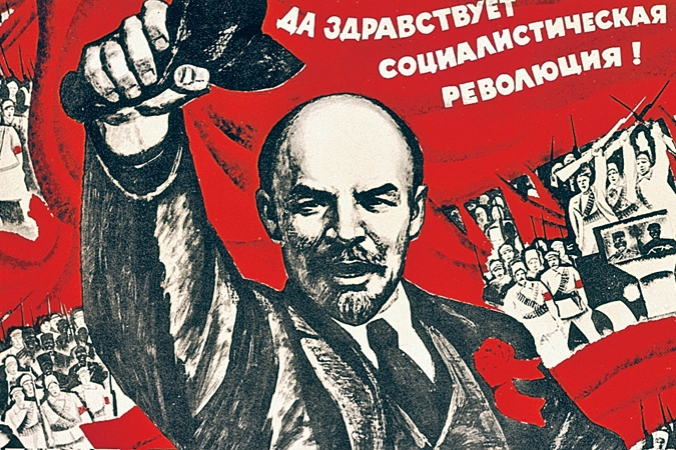 The establishment, propped up by virtually every political party from the Green Party to the Labour Party has created an environment that’s virtually impossible for young people to live in. These socio-economic conditions are stifling our generation, suffocating our lives and stealing away our energies. That is why youth activists are duty bound to mobilize a fight back. But what sort of fight back should we organize? What can we do in such an anti-young people environment and what obstacles should we overcome? In the immortal words of Lenin, what is to be done?

Assessing the obstacles that stand in the way of youth activism we quickly come to the conclusion that it is not just the legislation passed in the Irish parliament that destroys us, it is also other youth movements that are so commonly found off and on campus. Young Fine Gael? Ogra Fianna Fail? Social Democrats Youth? Green Party Youth? Labour Youth? All of these serve the primary purpose of propagating the political positions of their mother parties. Their mother parties in turn wreck havoc at every given opportunity when in parliament. Of course, the more moderate of these have some excellent and terrific sound bites but non of that detracts from their callous struggle for those ever so charming pensions and perks that come with having a seat at the Cabinet.

A youth movement without any ties to any parliamentary figures has a much better opportunity to deliver on it’s objectives for the simple reason that it cannot be betrayed. It cannot be betrayed for the objectives of political careerists and opportunists, it is strategically solid. Additionally, if it is not subservient to the interests of a parliamentary party it is not sucked into the time consuming work of canvassing and can organically focus on addressing issues that plague our generation. The youth movement must not exist as a lobby group within a larger party, but as a distinct, unique political entity that exerts political force and pressure in the advancement of it’s own objectives.

This youth movement will therefore not be placed in a situation where it must compromise for it does not need to compromise with the forces that enslave and undermine it. The youth movement is focused purely on achieving it’s objectives and the empowerment of other young people around it. In overcoming and either breaking this toxic relationship or simply never getting involved in it, the youth movement has it’s hands free to do what it must, legal or illegal in the struggle for emancipating our generation from capital.

What sort of political power do I mean when I mention it in the context of a youth movement? Well I refer to a different sort of pressure that is not reliant on elected office. Primarily a capacity to withdraw labour, or more commonly known as striking. This is the fundamental basis of political power for a strong youth movement for it places us definitively in a place where we can exert pressure and halt economic activity. Additionally there are other forms of political pressure we can exert. Youth activists can identify and then target businesses that practise bad employment habits. This is a method of applying pressure but also engaging with other people outside and on the street. It forms a strong relationship with those who use the business, as they now feel more conscious about the malpractise but also places the employer-business in the position of making a decision or face further pressure.

Another prominent example which comes and goes is that when housing crises are manufactured by landlords and their government lackey it is young people that often take the initiative. What sort of initiative do I mean or refer to? Identifying empty buildings and organizing their occupation. We toil and suffer under huge rent and rent increases but almost always abstractly walk on our way to work past empty buildings. A youth movement with this skillset and the passion to drive it forward can on a strategic political program utilize empty buildings not only for the benefit of it’s own members who are under economic pressure but also of other sin need of somewhere to stay.

These are but three small examples of what a youth movement can be doing. Of course to be able to carry out an action the correct ideas, theory and direction is required. Very few if any youth movements have a program of objectives which resonates in conjunction to a well thought out and principled theoretical analysis of contemporary issues. Both SFRY and WPY are very much attached to their mother parties and do not really exercise a distinct identity, working mostly on the initiative of their mother parties.

That is why a youth movement with a strong anti-capitalist identity and analysis can mobilize young people like no other. Without the chains of interdependence and subservience: What limitations does a youth movement have? We must fan the flames of radicalism of our generation and not hesitate to take as dramatic action as necessary to fight back against the brutal austerity inflicted upon us. We must abandon the liberal minded social norms of fraternizing with members of political organizations who’s legislation murders us and instead treat them for what they are: outcasts and enemies.

We shouldn’t establish social relations with members of opposite political parties, this normalizes the idea that we can separate politics and personal feelings. How can you though? Can you stand alongside somebody in earnest if their party impoverishes thousands or forces them to emigrate? What about suicide, can you really look upon them without feeling anger at their conscious decision to remain part of such a movement? These social norms only bolster the capitalist enemy and undermine the development of a strong anti-capitalist youth movement. A revolutionary youth movement will form it’s own social circles, it’s own interests and it’s own cultural norms as it develops and pushes forward, all of which will only ostrasize the minions of capital.

As outlined above, it is not just social norms we seek to shatter but also political norms. We must focus, as young Communists on uniting students and young workers into one galvanized force that can flexibly manoeuvre in and out of University-workplaces tackling issues and mobilizing young people behind itself. Neither, exclusively can deliver on revolutionary politics, together, interwoven on the basis of a strong and well nuanced Marxist platform though? A recipe for success.

What must a youth movement therefore constitute?

First, it must be unattached to a parliamentary party and distinct from electoral politics. This ensures that it’s objectives cannot easily be compromised and that it is almost forced to, out of necessity to develop political power elsewhere.

Secondly, a youth movement intent on change must be firmly integrated with Labour. The easiest methodology to this is through trade unions wherever and whenever. Through it’s integration with Labour a youth movement will always be involved in the most important struggle: class versus class.

Thirdly, a youth movement must build it’s political power on the basis of what it can do to tackle capital out on the street. Sometimes this will overlap with trade union membership, sometimes it will not. It’s success in praxis will come from solid and well defined theory.

Fifthly, a revolutionary youth movement should not build social relations with political organizations that are waging wars, creating austerity or committing further acts of systemic violence against the working class. The terror they unleash must reflect in their social standing: they are parasites and enemies and must be treated with outright hostility.

5 thoughts on “Youth Movements and their obstacles and solutions.”